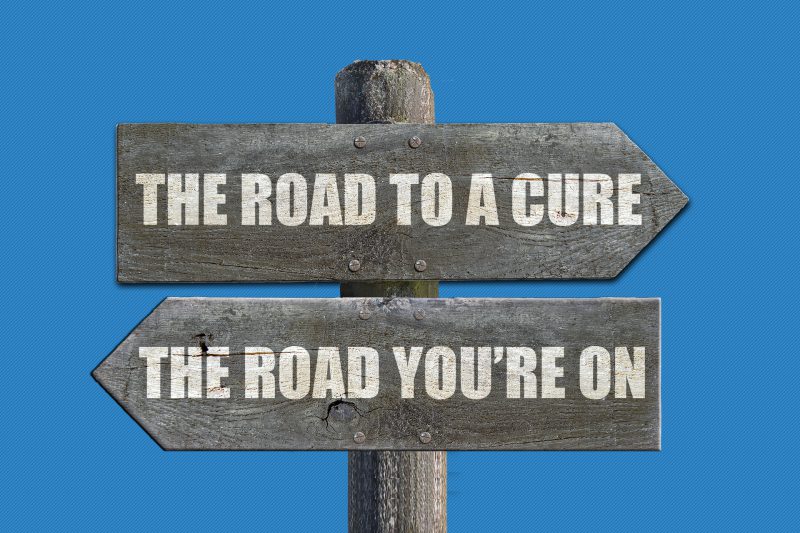 Suffer Through, To End The Suffering

Like the title implies, the only “cure” for OCD, is to accept that you have to suffer through it. What does this mean? First, I want to address why the word “cure” is in quotes. As of now, there really is no cure for OCD. There is management that can basically eliminate all symptoms of the disorder, but like most things in life, if you don’t watch out, practice not being “OCD”, being mindful, and pay attention, OCD can, and most certainly will come back in full force. Many times, the symptoms can be worse than before.

The big problem with OCD is, it’s like a stray animal. The more you feed it, the more it will come back. Soon, it will never leave and the animal is never satiated. The animal will eat and eat and eat. In fact, if you feed it, the animal just becomes hungrier than it was before. The animal will tell you what you can and can’t do, all the time. The OCD animal can and will continue to grow so strong that all aspects of your life are influenced by the animal and it’s rules, fears, and bullying if you’re not careful and get it under control. OCD can be a truly debilitating animal of a disorder, that can ruin your life.

So, how do you eliminate the symptoms of OCD, thus “curing” yourself. You have to retrain your brain. Yeah, yeah. I’ve heard that before, you say. Well, the hard part of retraining your brain, is telling yourself, forcing yourself, to accept to suffer. When the anxiety and thoughts hit you, whatever it may be, you HAVE to accept that anxiety and not give into any compulsion or chase the thought in order to “fix” it or analyze it. You must be willing to accept the terrible feelings and choose not to give in. You must starve the animal.

I know how hard this is. It is not easy in the least. I am sometimes the worst at this. I tell myself, “well, I’ll just do it this one time”. One time turns into thousands, literally. The feelings of doubt, adrenaline, fear, worry, panic, you name it, you MUST accept it and not do anything to alleviate the feelings. There are many, many tips to help you achieve this, and I will be writing about those in future articles. Just know for now, that the end goal, to control your own life and completely manage the OCD animal, is to accept to suffer the feelings, emotions and anxiety.

The OCD animal is strong and has you on a leash, instead of you having the animal on the end of the leash. When OCD throws a thought at you, it tugs your leash so hard that it SEEMS easier to just go where it tugs you, to give into the thought or compulsion. However, you have to know that YOU CAN LET YOURSELF OFF THE LEASH.

You can make a conscientious choice not to accept the tug of war match, which you will always lose. There is no winning with OCD. Giving into the thought and compulsion, remember, only makes the animal stronger. Playing the tug of war game with OCD is a never ending game that you CAN NOT WIN, so why play it? The reason? You play the game because it feels so awful, fearful, panicked laden and strong if you don’t. All the big “WHAT IF”, “BUT I WILL”, and other LIES and excuses it tells you, convinces you to play the game. The animal bullies you into it.

You must remember however, the animal is just a thought. Nothing else. The thought, (OCD animal), has no actual power, no substance, no truth behind it. Nothing. It is a deep down fear within yourself that your brain keeps sending you because you have trained it to do so. It is just a thought. I want you to stop and think about that. Literally think about the fact that the things that are ruining your life, all the fears, doubts, compulsions, worries, emotions, everything that the OCD animal does to you, are simply, thoughts.

The thoughts make you have feelings that seem so real, even though you know aren’t true. Even if you tell yourself you don’t know they’re not true, deep down you KNOW that they are ridiculous lies. It is the feelings, the fear, the doubt, the panic that make you keep feeding the animal. You must not feed the OCD animal. They are just thoughts.

Now think about this. You are going to suffer either way. You can CHOOSE to give into compulsions and rituals that are painful, harmful and flat out wear you down, which is you suffering, or suffer through the period of anxiety by not giving into the thought’s “power”. The feelings and anxiety only SEEM scarier and harder at the time, because they are so overwhelming.

Now for the the good news! The more you force yourself to suffer the anxiety, which is short term, the long term suffering of OCD and all the thoughts that ruin your life, will finally subside. Eventually, it will get easier and easier. The animal will starve and lose all it’s power. This is in fact, the only way to beat OCD. To must give up to giving in. You must stop thinking you have control of the future and realize you don’t, and no matter how many compulsions and rituals you perform, nothing is going to change that. You must realize that you cannot control all the thoughts that come into your mind, or take ownership of them. Absolutely everyone has weird or bad thoughts. You have a disorder that makes you stuck on them and then ruins your life.

Choose to suffer for a short time, to end the suffering for a lifetime.